Solar eclipses happen when the moon blocks the suns ray from the Earth, leaving the earth “dark”.  A solar eclipse can only happen during a New Moon, but it doesn’t happen EVERY New Moon because of the tilt of the Earth. So about twice a year, but up to 5 times a year, a Solar Eclipse can occur. You may not be able to view the Solar Eclipse from where you are, but we can always feel the energy and check out the pictures on social media.

Back in 2017, there was a Solar Eclipse that was able to be seen from Orlando, where I live. I remember being so excited and having special glasses to wear to be able to view the eclipse.  Below is the best picture that I could get with my phone as the eclipse happened while I was at work.

I thought that if the moon is blocking the suns light, then it may be blocking the things that the sun represents within us and making us face the hidden aspects of ourselves. Also, add in the New Moon, which is all about new cycles and setting intentions.

The Solar Eclipse spread is all about facing the hidden aspects within us that we typically hide from other people, but has now come front and center.

The Solar Eclipse spread consists of three cards. The cards should be laid out one by one each time asking the cards the question relating to the cards. So shuffle and cut your deck. Fan out the cards. Ask question #1 and pull the card the feels right. Repeat the process for cards #2 and #3.  Lay the cards out in the spread above. Below are the card meanings. 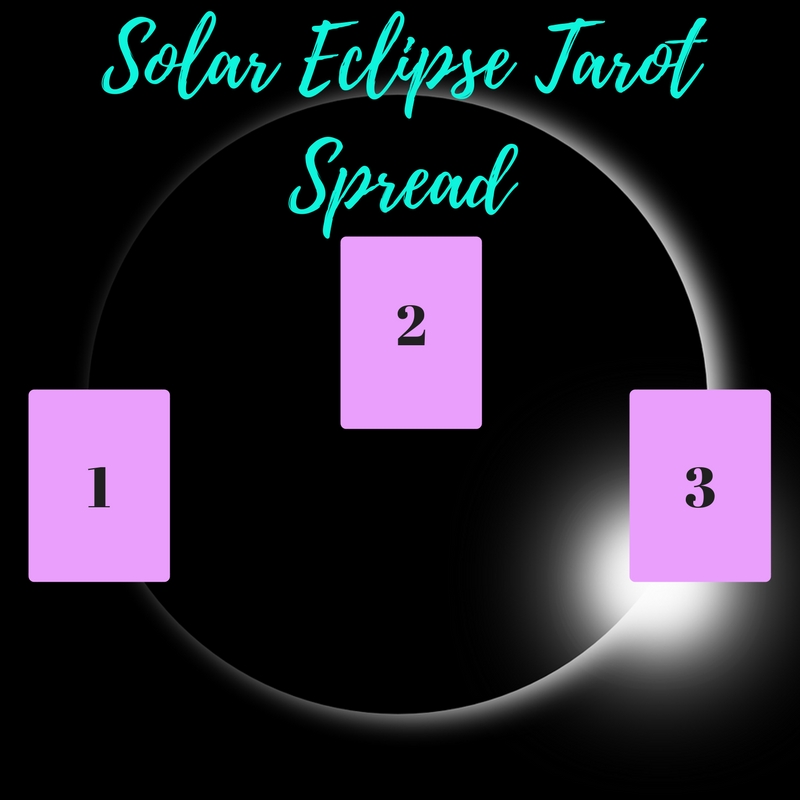 Card 1: What energy is being blocked?

Card 2: What is being revealed?

Card 3: How can I use this information moving forward? Card 1:What energy is being blocked? Page of Pentacles Reversed
The Page of Pentacles Reversed tells me not to be wasteful and that I am living a life of luxury while I am so caught up in other aspects, this is having a negative impact on me because I cannot see the good in the things that I have.
Card 2: What is being revealed? 4 of Pentacle Reversed
The 4 of Pentacles Reversed tells me that it is a time to be frugal. That I may lose some money or material items, but I should not go out to repurchase those items.
Card 3: How can I use this information moving forward? King of Cups
The King of Cups is a man who deals with stress well. I shouldn’t stress over what I cannot control and I should be thankful for all that I have.

To sum it up, I need to appreciate the things that I have in life and not waste what I do have. I may lose some items or money on something, but I have enough to accommodate that loss. Though there will be a lot of stress, I should be able to handle everything by letting my inner King of Cups show more and calm down in the middle of everything.

Since 2017, I have learned more about astrology and how the planets’ energies affect us. It’s led me to create a second spread that’s a little more in depth. 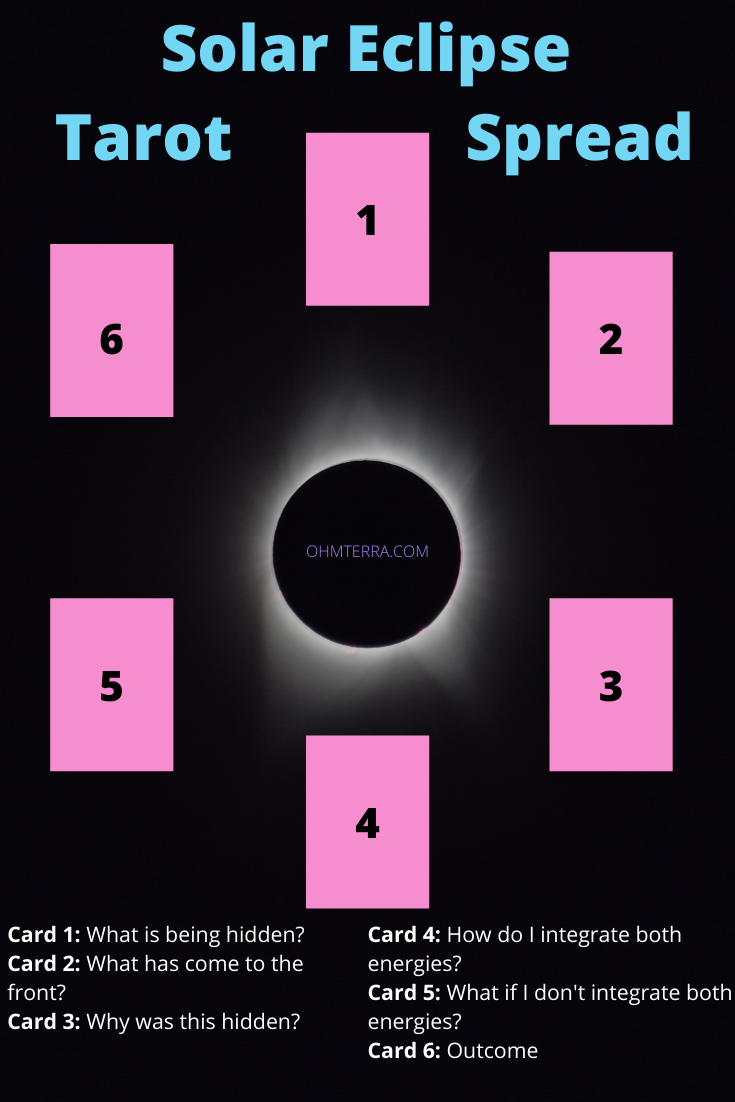 Check Out Some Other Tarot Spreads:

Manifest your Best Self